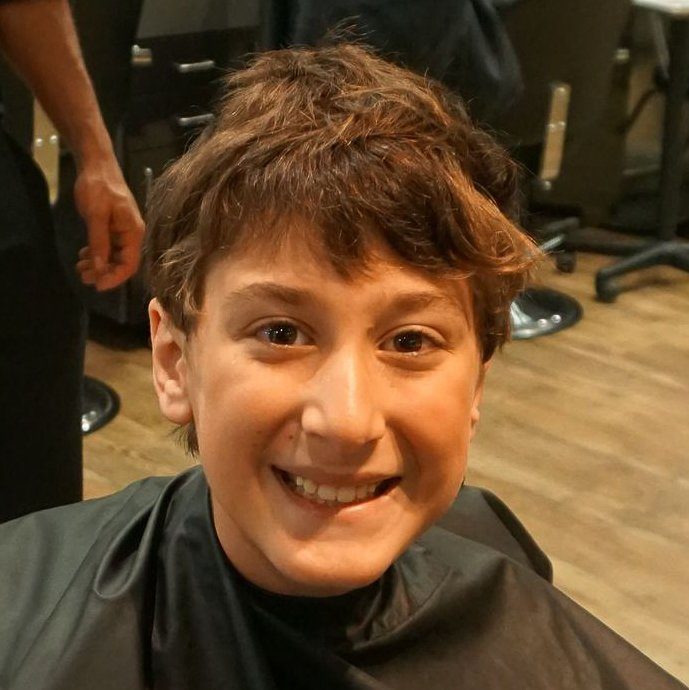 If you look up the definition of “dedication” in the dictionary, chances are you’ll find an image of Michael Otto. He’s an 8th grader at Transit Middle School who has been going Bald for Bucks for the past five years. Over the years, he raised over $12,000 for cancer research at Roswell Park – he’s an incredible young man.

Michael’s dedication to cancer research at such a young age is astounding. He knows, no matter what your age, good deeds make a difference.

The first time he went Bald for Bucks at his school, he was the only one. To celebrate his leadership, the whole school assembled to witness his first shave done by his 8th grade friend who inspired him to begin with.

Michael’s act of courage continues to bring hope to all those around him. Last year, one of his mother’s friends was diagnosed with stage 4 cancer and she was moved by Michael’s sign of solidarity.  Before she went in for her scheduled PET scan at Roswell Park, she stopped by Michael’s Bald for Bucks assembly to show her support. She even shaved some of his hair!   Later that evening, following her PET scan, she was told she was negative for cancer. This experience is something Michael holds dear to his heart. It confirms his mission, that every shave brings hope, and one day “we can find a cure.”

Michael said he also realized that it’s not just him bringing about change, but the help of his community who continues to support him on his mission to help end cancer.

“Going Bald for Bucks means to raise money for people who really need it.  It’s a great way to raise awareness.

“If a lot of people can pitch in, who knows, maybe we can reach a cancer cure faster. And if anything, hair grows back too,” he said with a smile.

Do you feel the call to go Bald for Bucks?