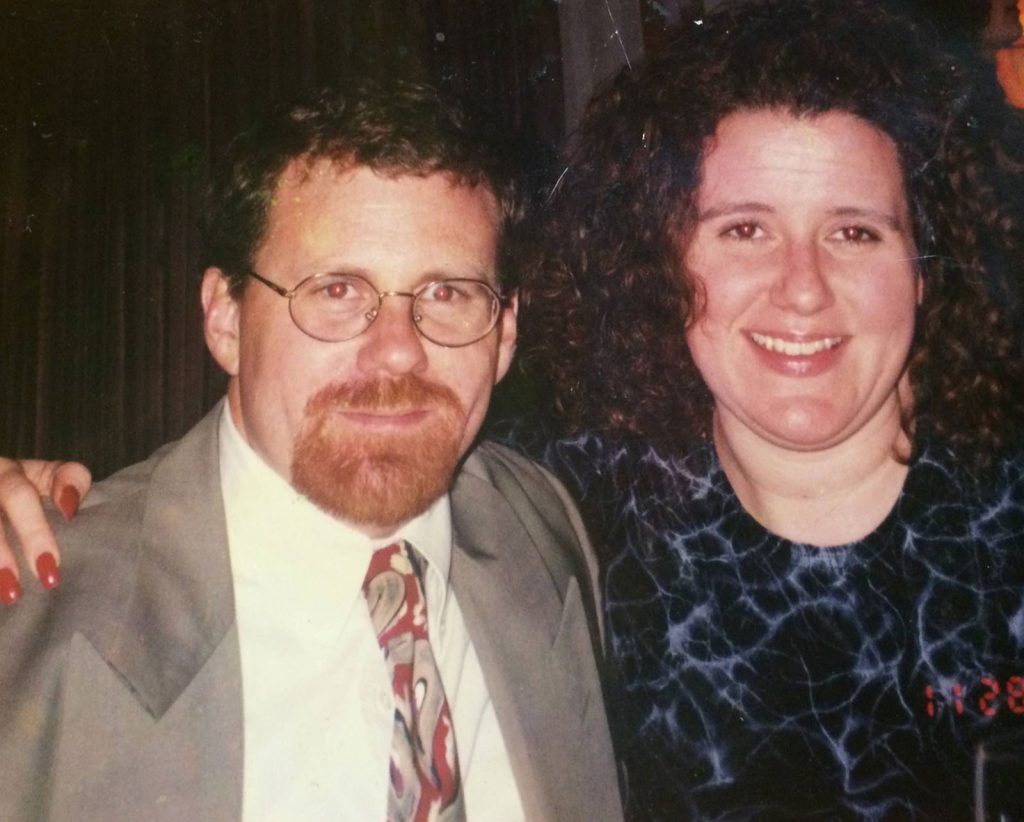 It All Started with A Promise

A promise between a brother and a sister.

When his sister’s cancer came back, Lake Shore High School Teacher Tony George made a vow. He shaved his head in honor of Cathleen’s battle and would not let his hair grow back until hers did. When his students realized what he was doing, they wanted to join in to make a difference. They began collecting donations before shaving their heads. And so the Bald for Bucks community was born! Tony George and 36 students participated that first year in 2002 and raised $3,600.

On March 13, 2004, Cathleen lost her battle with cancer. She sparked a movement – and her spirit continues to live on through each person who shaves, cuts or styles their hair or beard to stand in solidarity with cancer patients.

That’s the beautiful thing about Bald for Bucks – what started as one, simple act of compassion and love turned into something so much bigger. It’s a statement and a way to honor our loved ones, show support and stand in solidarity with them.

Together, we have raised more than $6 million dollars for research that could change the future of cancer!  And we don’t plan on stopping anytime soon.

The Difference We've Made Together

Everyone who goes Bald for Bucks is working together to reach a common goal: ending cancer.

The funds raised from the Rochester Bald for Bucks program go to supporting programming at 13thirty Cancer Connect and cancer research at Roswell Park.

What is Roswell Park?

Founded in 1898 as the nation’s first cancer research center, Roswell Park grew from the vision of Dr. Roswell Park. This highly respected surgeon believed that investigations in the lab and the clinic should go hand-in-hand. Roswell Park has offered its patients this combined approach to cancer care for well over a century.

Today, Roswell Park is one of the leading cancer facilities in the country, pursuing research that can change how we understand, prevent and cure cancer. Roswell Park has many researchers who bring their expertise to patients through innovative cancer therapies. The funds raised through Goin’ Bald for Bucks help researchers investigate new treatment options and facilitate clinical trials for both common and rare types of cancers. Donations also help fund quality-of-life programs, such as free wigs and head coverings for patients available at Roswell Park’s Resource Center and comfort kits for our patients’ overnight hospital stays.

What is 13thirty Cancer Connect?