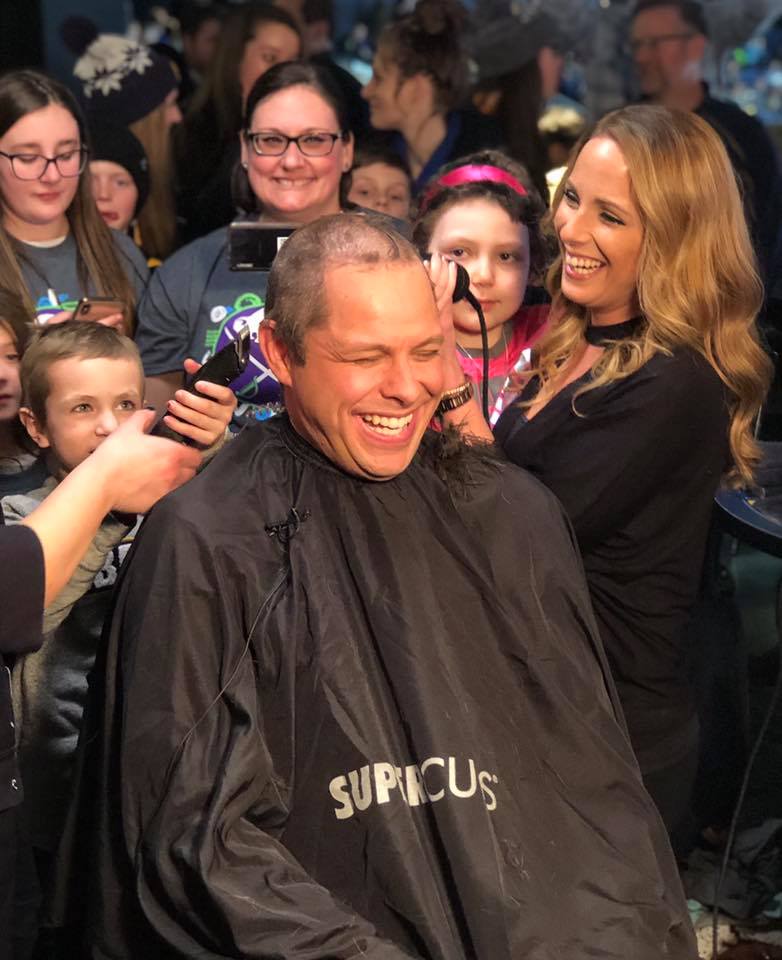 It doesn’t matter if you’re a student, a YouTuber or a professional athlete: Everyone’s life has been touched by cancer. Take, for example, our favorite former NHL goalie and friend Marty Biron.

The first time he experienced it was when his aunt was diagnosed with breast cancer. “It was a very scary thing,” he said. Thanks to the right treatments, she was able to overcome it.

But a few years later, Marty’s family was touched by cancer once again when his cousin was also diagnosed with breast cancer shortly after having her first child. While she received the proper treatments and entered into remission, she eventually relapsed and passed away at a young age.

“It hit us like a ton of bricks,” Marty said. “This is a person that was basically like my sister … it really hit us hard.”

These experiences led Marty to want to do more and help in the fight against cancer. Enter Goin’ Bald for Bucks.

Marty heard about Bald for Bucks in 2013-2014, the first year after he retired from playing hockey professionally. The Sabres were doing their own version of snipping, clipping and shaving, so he decided to join in on the fun and shave his head. He had a blast! It was great to do something with the team and feel a part of the community, Marty said.

Marty’s participation with Bald for Bucks eventually grew to him shaving his head live on air in 2017. He said the public and community support for the event was incredible, and it’s now become a tradition. Last year, Dan Dunleavy, sportscaster for the Buffalo Sabres, jumped in on the fun.

“There is an adrenaline rush when you jump off the first set, go to the second set and get ready to have your head shaved,” Marty said. “It is so much fun being in that setting, being right there with the TV set and having the crowd gathered around survivors.

“It’s a very emotional time. It’s filled with adrenaline and excitement for the moment, and it’s been fantastic,” Marty said.

Together, Marty and Dan raised more than $8,000 for cancer patients at Roswell Park.Marty will be shaving his head for cancer cures for the fifth time in 2020. And what’s his advice for those thinking of participating?

Why Bald for Bucks

So what makes Bald for Bucks so special to Marty?

According to him, it’s the passion and dedication of students across Western New York that makes him proud to be a part of this initiative.

“It started with kids in school wanting to show support to each other. It wasn’t to gain popularity or to even raise millions of dollars. That’s why it’s a special initiative. It wasn’t about dollars; it was about supporting one another,” Marty said.

And it’s something he looks forward to each year.

“Every year you do it and you wake up the next morning with this great feeling that you’ve showed support and you’ve helped raise awareness. It’s a sense of community and sense of partnership.”

Through his participation, Marty has been able to meet some incredible kids, like Isabella and Adriana.

At the end of the day, participating in Bald for Bucks means making a difference to him.

“For most people, if you’re healthy and you shave your head, within a few weeks, it’ll have grown back. People that go through cancer treatments and lose their hair, it takes a lot longer; it doesn’t feel like it’s growing right back. The feeling of doing [Bald for Bucks] is incredible. Having friends, family, people you care about around you when you do is a special moment. It’s a small step to help find a cure,” Marty said.

Marty will once again be shaving his head live on air on Thursday, March 5. 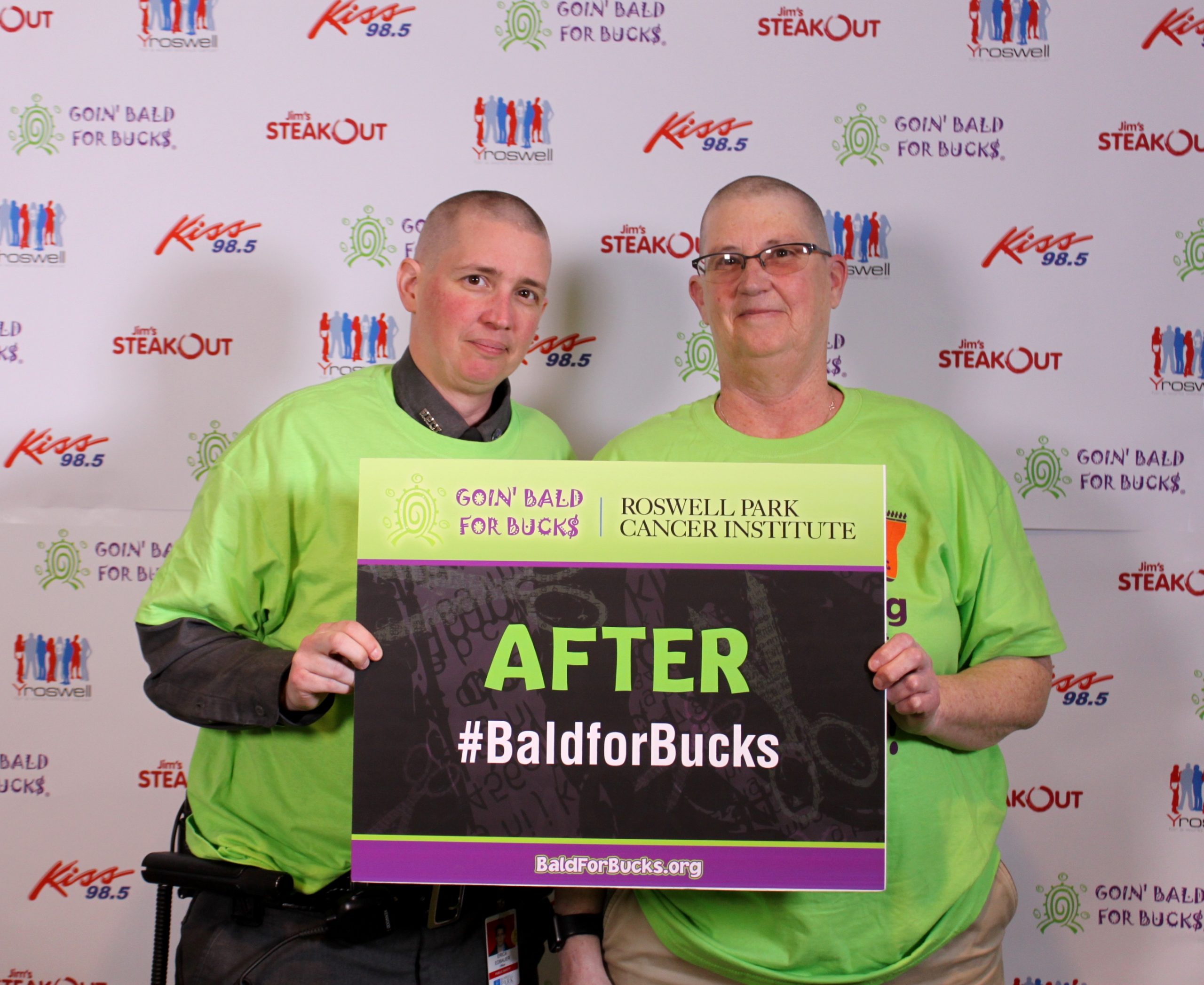 This year will mark the tenth year that mother and daughter duo, Kathy and Erica Edbauer, have participated in Goin’ Bald for Bucks. Kathy and Erica are both Roswell Park employees, and their passion and commitment for the cause is contagious. Here’s what they had to say about Goin’ Bald:

“We started this tradition in 2009 because we wanted to show our support for our family and friends dealing with this horrific disease. Shaving your head knowing that your hair will grow back is such a minor price to pay to show support for those that are suffering. We feel blessed to be able to be a very small part of this event. One person alone cannot change the path of this disease, but we hope that by doing this year after year, we have helped at least one person feel like they are not alone on this journey. Seeing everyone come together to show support and raise awareness is the best part of event day.”

We hope that you will consider joining participants like Kathy and Erica on Wednesday, February 21 when Team Roswell goes Bald!

Register to participate or support the team today.