Lina Makes a Difference One Ponytail at a Time! 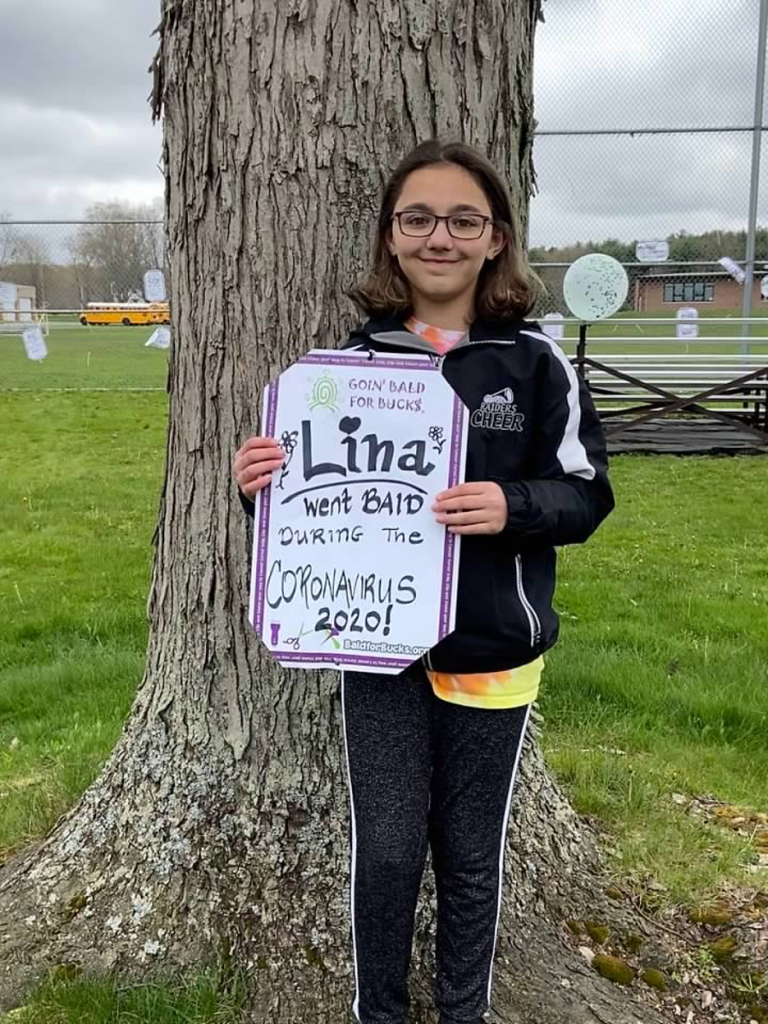 Lina is a kindhearted and creative sixth grade student from North Collins Elementary School. After Lina lost her uncle to brain cancer last year, she took things into her own hands and decided to participate in the annual Bald for Bucks event that her school hosts every year. Goin’ Bald for Bucks is not new to Lina’s family. Her older brother Zander participated twice with Team North Collins, and so deep down Lina always knew it was something that she wanted to do. 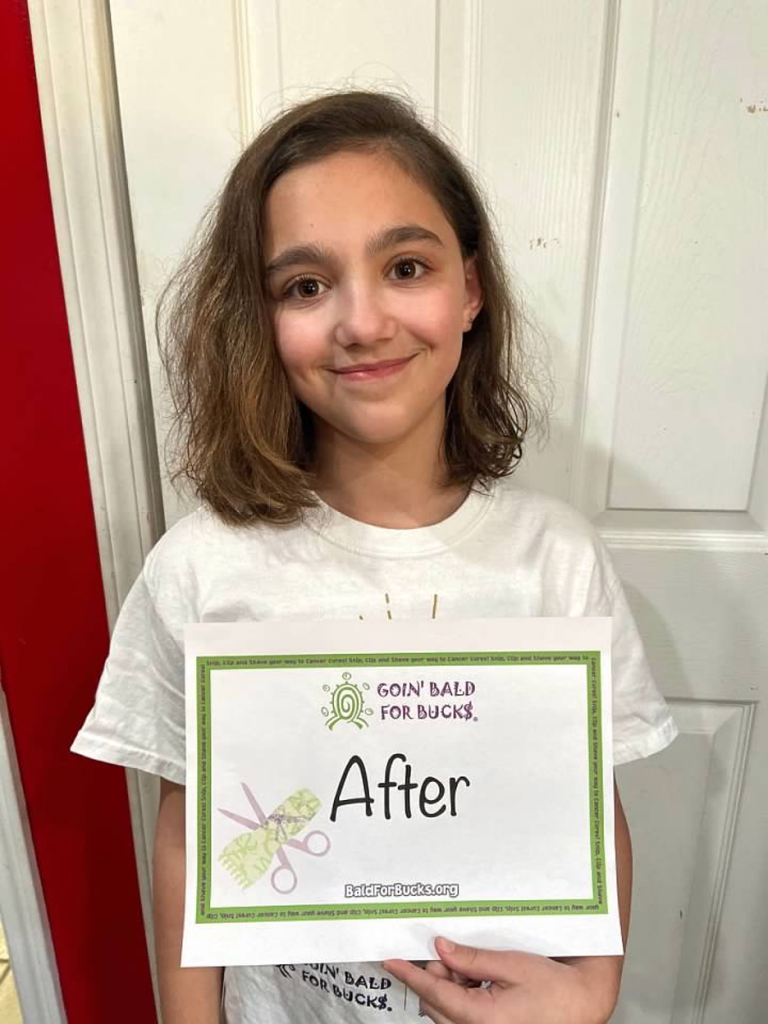 Lina remembers wanting someone to help her uncle during his cancer treatments. When Team North Collins announced they’d be hosting a Bald for Bucks event again in 2020, Lina decided to donate over 8 inches of her hair to the wig-making organization, Children With Hair Loss.

Lina was determined to join Bald for Bucks with a personal mission to fight cancer so that future families won’t have to go through what her and her family experienced when her uncle passed away. A caring soul, Lina is always looking for ways to help others.

Lina was ready to cut her ponytail in front of her classmates, teachers and family members at the annual Team North Collins in-person event. But COVID-19 had other plans. That didn’t stop Lina though! She snipped and clipped her way to cancer cures and went Bald for Bucks at home.

“We are very proud of her for making the decision to [donate her ponytail] and we love to support her for all of these things that she does,” said Lina’s very proud mom, Kristina.

Lina not only raised nearly $1,500 for Bald for Bucks, but was the Team North Collins top fundraiser! And her advice to anyone who is thinking about shaving their head or donating their ponytail in support of Bald for Bucks, Lina says do it!

“If it means [something] to you, then you should do it,” exclaimed Lina.

Join Bald for Bucks Today!
PrevPreviousFearless in the Face of a Pandemic: Imogene Still Does Her Part to Help End Cancer
NextMarkell goes Bald for Bucks and inspires his communityNext