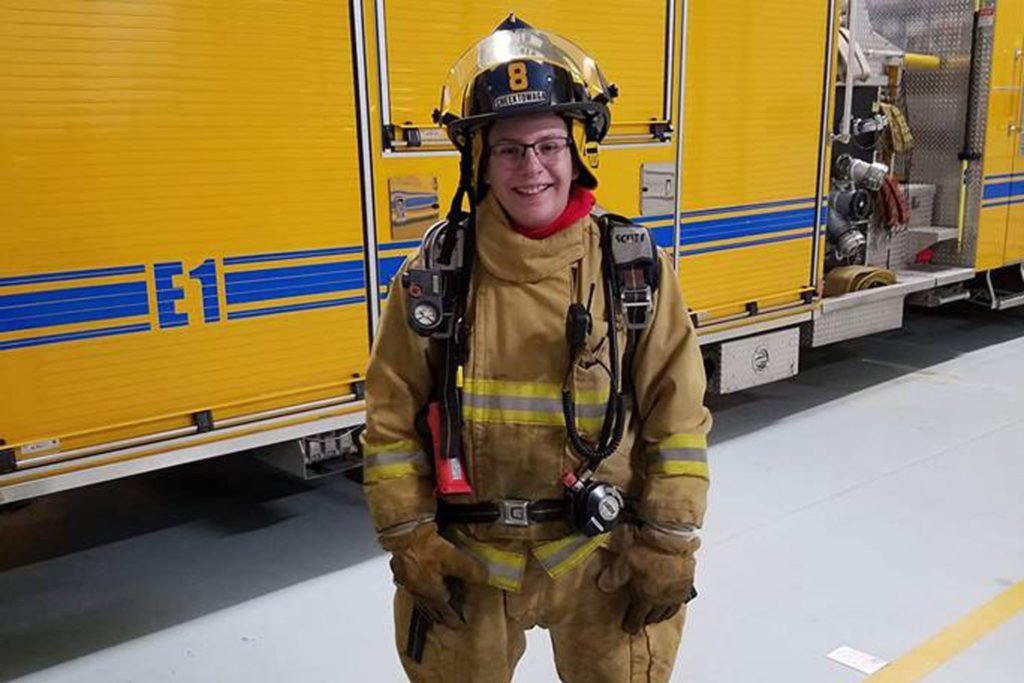 Tim just turned 18, and that means he gets to start living out his dream as a professional firefighter. Previously, he was a junior firefighter with the Hy-View Fire Department and now is a volunteer firefighter at U-Crest Fire Department. Turning a love of helping people into his career is something Tim can’t wait for, especially now as a cancer survivor. 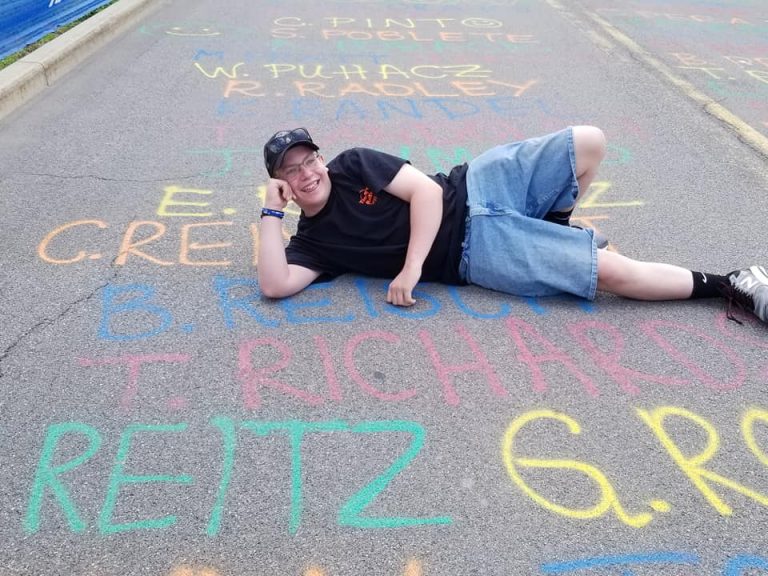 Tim was diagnosed with T-cell leukemia when he was 16 years old. In total, his treatment was supposed to take four years. He had his first round of chemotherapy for 30 days. But the doctors weren’t happy with his progress, so they switched his plan to two more rounds of chemo followed by a bone marrow transplant, which he had on August 16, 2018. He spent 30 days in the hospital afterward.

Thankfully, he was able to go home after those 30 days and then came twice a week to Roswell Park for checkups and different tests. Instead of four years of treatment, he will just have check-ups for the next two years. After 100 days from his transplant, Tim got the best news – he was in remission!

When he was first diagnosed, he asked that local firefighters send T-shirts to him for strength. What started out as a local initiative quickly spread like wildfire, and Tim was receiving T-shirts from fire departments as far away as Hawaii.

He even started a Facebook page called Timmy’s Battle to document it all! He is also an active member of the Courage of Carly Fund at Roswell Park where he met his girlfriend at an exercise class.

Tim’s life-changing illness turned him into a super sweet man, according to his mom, Deana. While he had to grow up faster than most, anytime he can do something for someone else, Tim is there to lend a helping hand.